The Mercer Island Fire Department serves 25,000 residents across 13 square miles of territory through two stations – FS91 at the north end of the island and FS92 at the south end.

THE NEED
This project is an 8,000sf replacement for FS92 – originally built in 1962 as a small volunteer fire station, with incremental additions over the years. The station was seismically deficient and was in danger of being severely damaged in an earthquake, potentially trapping emergency vehicles inside before they could roll out to respond to the real emergency. In addition, the station had a backlog of deferred maintenance, looked like it had been abandoned years ago and had little redeeming street presence or character befitting a civic institution.

GAINING SUPPORT
In spite of the glaring need for a new station, political, financial & community support was hard to come by. The logjam broke in May 2011 when then 53 year old Mayor Jim Pearman had a massive heart attack driving home from rowing practice. He managed to get himself to FS91 where firefighters were able to provide immediate assistance and rush him to a nearby hospital. He later credited the Mercer Island Fire Department with saving his life, which his surgeon undeniably confirmed. With a story hitting that close to home, Mayor Pearman was able to generate enough political and public momentum ultimately resulting in the City Council and the local community supporting a new station at the south end of the island.

CIVIC VISIBILITY
We sometimes need stories like Mayor Pearman’s to remind us that public safety touches all of our lives. Whether it is the people serving in the justice system, or on our local police & fire departments, we rely on them to be there when we need them and tend to forget about them until we do – they provide largely invisible services that become visible only in our time of greatest need. One of this project’s goals was to increase the public’s awareness of the importance of the facility and for it to be a more active participant in the community which it serves – an engaging, welcoming and positive symbol of tax dollars well spent (only $3m MACC).

COMMUNITY CONNECTION
There is something inherently magnetic about fire stations. From the earliest ages, kids love to look at and be invited by the firefighters to climb on or ride in a fire truck. Adults use their kids as an excuse to visit the fire station, and secretly hope that they too get the knowing wink from the firefighters and are allowed to climb on one of the rigs.
By providing open and inviting views into the apparatus bay from the main pedestrian and vehicular thoroughfare, a more positive connection to the community is created.
Greater connections lead to greater awareness, which in turn leads to a higher level of awareness and vocal advocacy for these vital services. 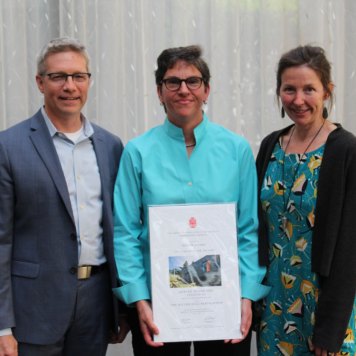 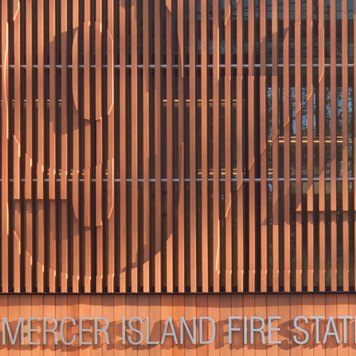 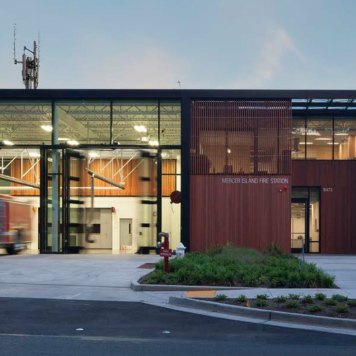 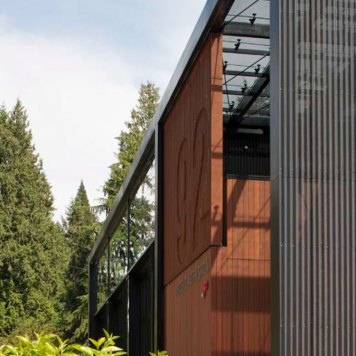 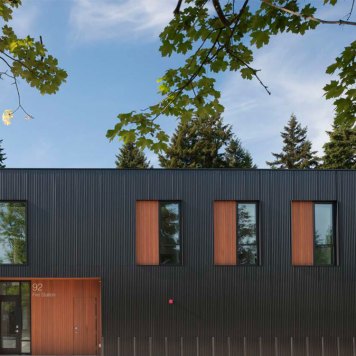 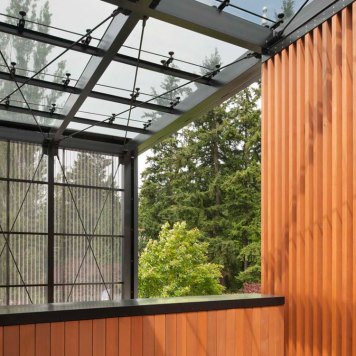 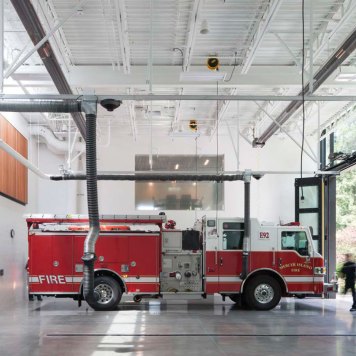 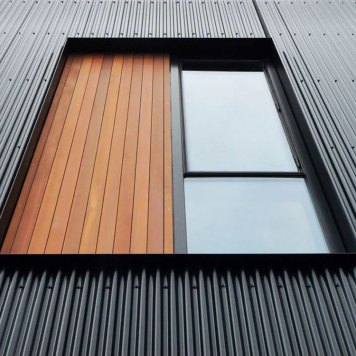 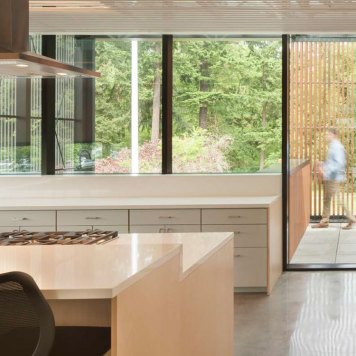 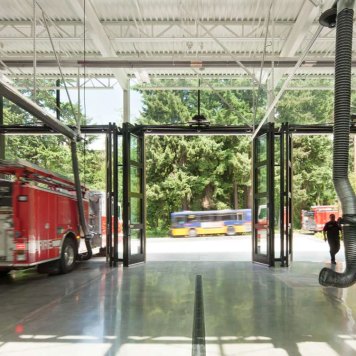 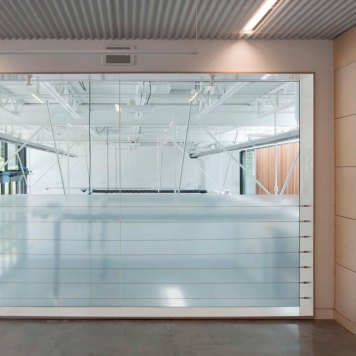 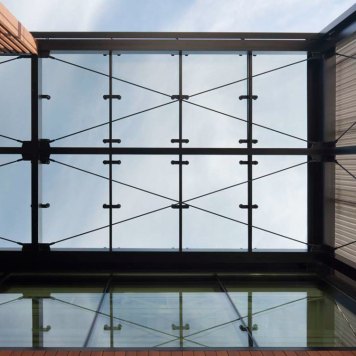 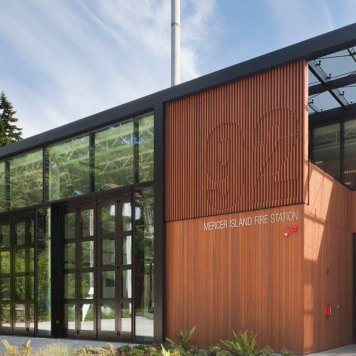 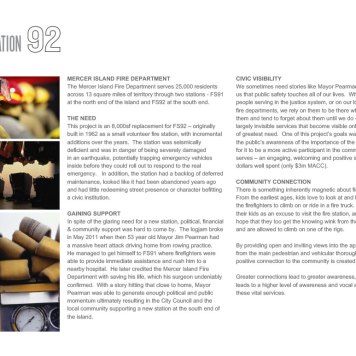 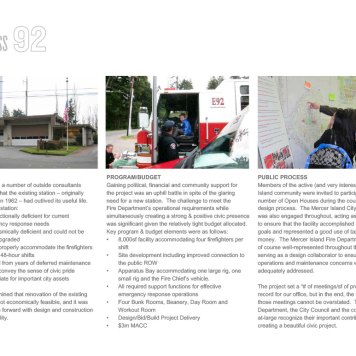 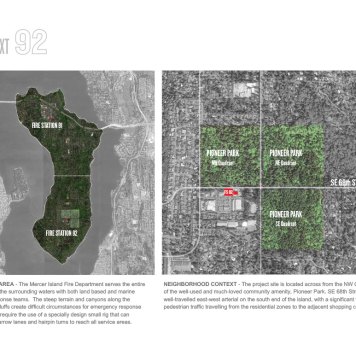 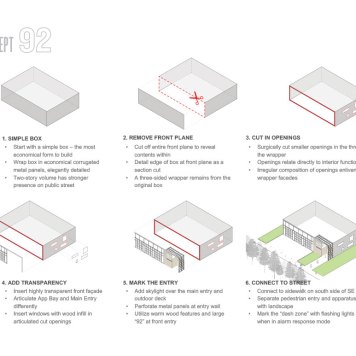 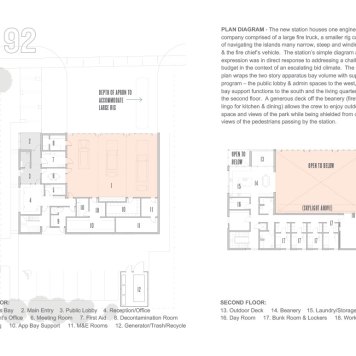 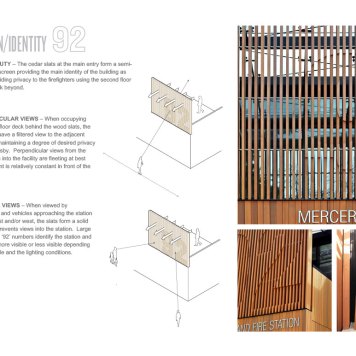 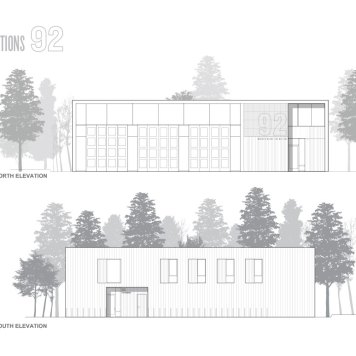 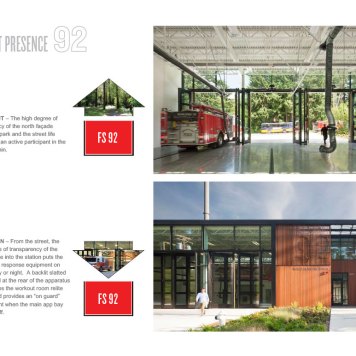